Terry Malone and his twin brother Ted are the youngest of all the Malone brothers. Originally from Louisville, Terry earned a Bachelor’s in Communications at Western Kentucky University. He continued his education at the University of Louisville, where he received his MBA. Terry joined Malone in 1992 to help grow the business and branch out into other ventures. In his spare time, Terry enjoys traveling, golf, sports, animals, reading, and music. He plays drums in a local band and is an avid dog walker. 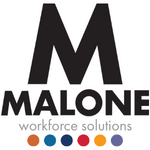